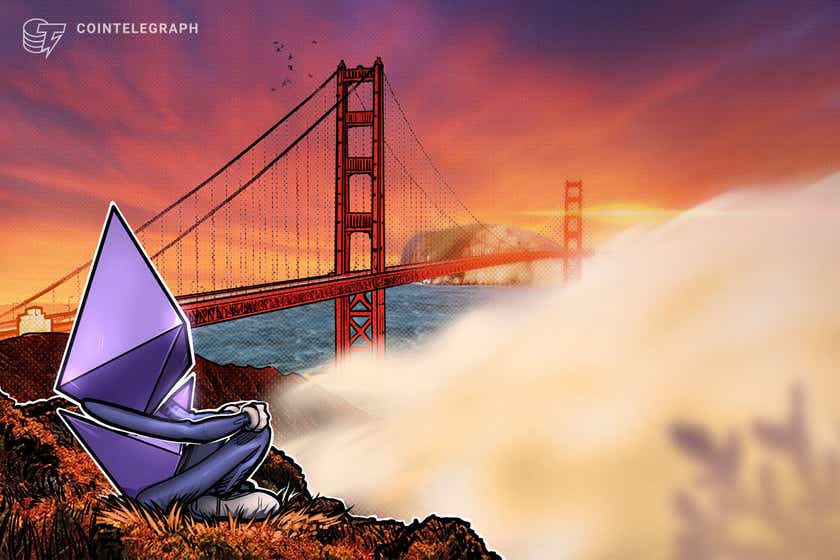 Ethereum’s native asset, Ether (ETH), may rebound by nearly 60% in the coming sessions as bulls pin their hopes on a classic bullish continuation pattern.

Prices may rise to or above $6,500 from their current levels near $4,100 after completing a cup-and-handle formation, hinted Matthew Hyland, an independent on-chain analyst, in a tweet published Monday.

A perfect cup and handle retest

Hyland’s chart shows Ether returning to the old point of resistance of its previous cup and handle pattern (the yellow horizontal line in the chart below), in a corrective move that started after the cryptocurrency reached its record high of $4,867 on Nov. 10 (data from Coinbase).

Ether underwent a soft rebound after testing the cup and handle resistance as its interim support, raising possibilities of an extended move upside ahead.

Notably, these early gains tend to trap two groups of buyers: longs who enter deep in the pattern hoping for a breakout (which fails), and longs who chase the breakout but see their small profit evaporate following sudden bearish reversals, which prompt them to defend their positions.

But the tables turn when the decline stalls midway, which either leads to sideways action or a full-fledged rebound. As a result, short sellers lose confidence, while longs who survived the previous pullback gain conviction in the prevailing bullish technical setup.

A positive rebound sets a bullish feedback loop in motion, thus prompting the price to prepare for the final leg in the pattern — a strong uptrend. As Hyland hinted, Ether’s retesting the “huge Cup & Handle pattern” resistance as support appeared perfect — a potential cue for a sharp rebound.

The buy point in a cup and handle pattern emerges when the price breaks above its resistance level with an increase in trading volumes.

Traders typically estimate their profit target by measuring the distance from the cup’s right top to its bottom and then adding the number to the buy point.

The cup’s maximum depth is nearly $2,500, while its breakout point is around $4,100. As a result, the pattern’s breakout target comes to be at or above $6,500. A Harvard study shows that cup and handles have a 65% and 68% success rate for forex and stock markets, respectively.

Conversely, breaking below the pattern’s resistance level — coinciding with multi-month rising trendline support — risks invalidating the bullish setup. That may lead Ether’s price to the next support line near $3,090.