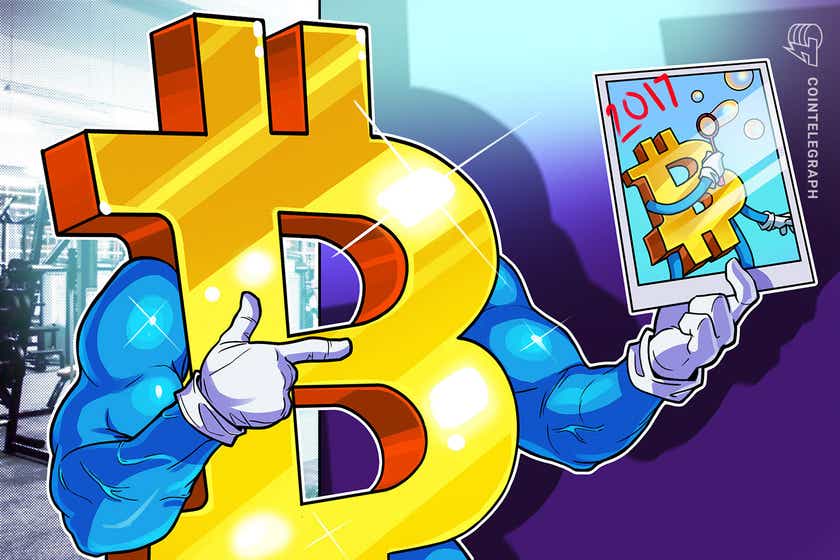 Cooler heads are calling for a collective deep breath and a step back to see the long-term outlook for the future of Bitcoin (BTC) price and the wider crypto market, but today’s drop back under $56,000 is raising eyebrows among traders.

Data from Cointelegraph Markets Pro and TradingView shows that after starting the week near $60,000, several days of bears hammering the price of Bitcoin resulted in a revisit to $55,600.

Here’s what analysts have to say about the latest price action from Bitcoin and what to look out for in the days ahead.

Keep an eye on the monthly close

A closer look at the monthly price action for Bitcoin was discussed by independent market analyst ‘Rekt Capital’, who posted the following chart showing that BTC is close to reclaiming an important monthly close level near $58,728.

According to Rekt Captial, the price action for BTC has been “promising” thus far and is now “really close to reclaiming this monthly level as support (green),” but the analys cautioned that there could still be plenty of volatility in the near term as the market closes out the month of November.

“But it’s important to note that BTC could still easily see-saw like this for the remainder of the month. Monthly close is what matters.”

Insight into the possible reasons behind the pullback was offered by David Lifchitz, managing partner and chief investment officer at ExoAlpha, who pointed to the Nov. 16 announcement that the trustee of Mt. Gox that will distribute around 145,000 BTC to retail investors who had purchased them on the exchange between 2013 and 2015.

Lifchitz highlighted concerns some have that many of these “mom ‘n pop investors” who stand to “receive a windfall in the near future” due to BTC being 100 times higher than their original purchase price “will probably cash them out at any price, which will probably hit pretty hard the market when the news of the effective distribution will break.”

But caution is warranted moving forward, according to Lifchitz, as the threat of a future sell-off once the Mt. Gox BTC are released.

“However, that Mt.Gox is a Damocles sword above the market’s head, and I don’t see BTC going to $100,000 next month with that threat hanging. Whales have been holding tight, but haven’t bought much more. I guess they are well aware of the Mt.Gox upcoming drama and are waiting to load up on the potential upcoming huge dip. Now once the Mt.Gox hurdle will be cleared, Bitcoin will have a clear path to reach new highs, barring some crazy regulations that could spoil the party.”

A final bit of insight was offered by analyst and pseudonymous Twitter user ‘TechDev’ who posted the following charts comparing the 2017 price action for Bitcoin with the current market.

According to TechDev, the current correction is “following 2017’s mid-Nov to near perfection” with the “only minor difference” being “a break of the 50-day simple moving average (SMA).”

“We may not have bottomed, but it is close. Everything I am seeing suggests a high probability the next 5-15 weeks will be massive (including BTC and alt mania).”