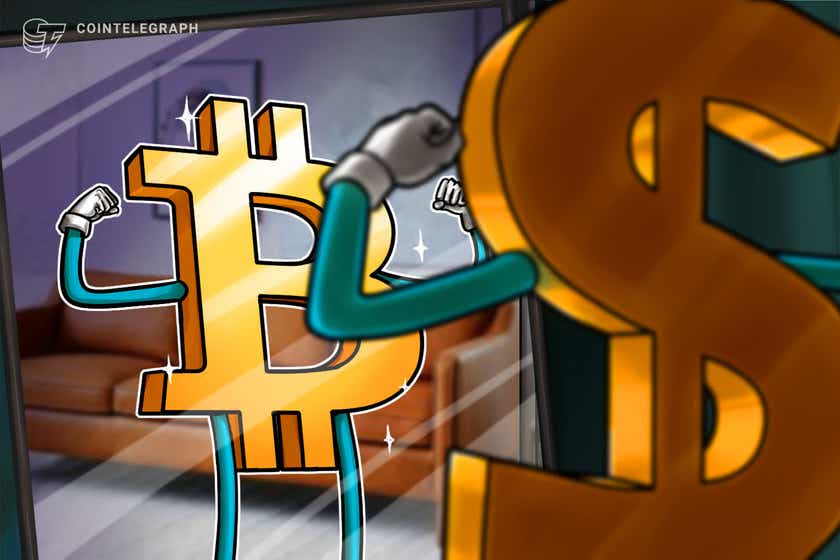 Bitcoin (BTC) logged its worst daily performance since September as BTC price slid by 10% to under $59,000 on Tuesday. On the other hand, the U.S. dollar jumped to its best level in sixteen months after spending across the American retail sector grew despite persistent Covid-19 fears and inflation concerns.

The BTC price established an intraday low of around $58,600 on Coinbase, only to retreat higher to reclaim $60,000 as its psychological support. Its move downside appeared as U.S. President Joe Biden signed the $550 billion infrastructure bill into law, including new tax-reporting requirements for cryptocurrency users.

Some used the news yesterday (Infrastructure Bill) to shake the tree and get some more cheap bags of #bitcoin for themselves.

Meanwhile, the dollar continued its prevailing bull run smoothly as sales at the U.S. retail stores rose by 1.7% in October versus 0.4% in the previous month. That provided another evidence — after an excellent Nonfarm Payrolls report last week — that the U.S. economy has been rebounding strongly from the Covid-19 lows.

As a result, investors raised their bids on the dollar, anticipating that the Federal Reserve would accelerate the tapering of its $120 billion a month asset purchase program, leading to earlier-than-expected rate hikes, which remained near zero since March 2020.

The U.S. dollar index (DXY), which measures the greenback’s performance against a basket of top foreign currencies, touched an intraday high of 95.821 on Nov. 16, its highest level since July 2020. Conversely, Bitcoin, which rallied strongly against a lower interest rate environment throughout 2020 and 2021, retreated.

More gains ahead for the dollar

Analysts anticipated the dollar to continue its growth higher in the coming months ahead, with market analyst Scott Melker predicting DXY to reach 97.50.

At the core of Melker’s bullish outlook was a “double bottom” setup.

In detail, Double Bottoms appear when the price forms two low points on a similar horizontal level to represent a potential bullish reversal. A bullish confirmation comes when the price breaks above a specific resistance level — a high point between the two bottoms — to target level at a length equal to the pattern’s maximum height.

So it appears, the U.S. dollar index has been breaking out of a similar Double Bottom setup, as shown in the chart below.

Bitcoin grapples with a mixed outlook

Bitcoin has more than doubled its prices in 2021 amid growing concerns about inflation. Nigel Green, chief executive of DeVere Group, noted that the cryptocurrency may keep on surging in value at least until the second quarter of 2022, citing the U.S. consumer price index’s (CPI) recent climb to its three-decade high.

“This latest data out of the U.S. will only compound global fears about inflation as price pressures run hot around the world,” he noted, adding:

“In this inflationary period, Bitcoin has outperformed gold, which has been almost universally hailed as the ultimate inflation hedge – until now.”BTC/USD daily price chart. Source: TradingView

“It would be unusual to keep moving up without corrections,” he noted.

On the other hand, Joel Kruger, a currency strategist at LMAX Group, said that a tighter Fed policy would start weighing on the broader market, hitting the riskiest assets the hardest, a reason why Bitcoin and the rest of the crypto market has been retreating against a rising dollar.

Related: Bitcoin will peak at $253K, Ethereum at $22K this cycle if 2016 halving bull run repeats

Martha Reyes, head of research at Bequant, a digital-asset firm, also called Bitcoin “a risk-on investment,” stating that people would want to raise cash from the most profitable assets in times of stress.

Bitcoin, Ethereum Poised to Dip Further In Search of Support