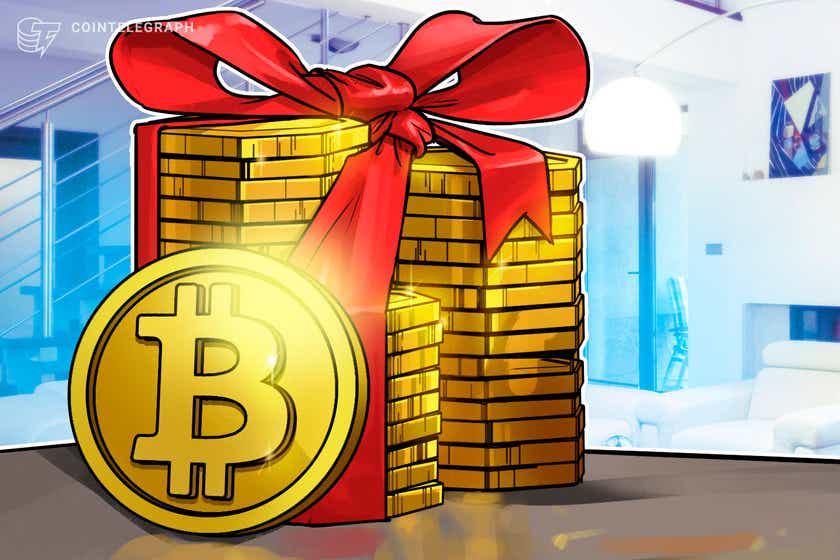 Every Miami resident with a digital wallet will be eligible to receive a Bitcoin dividend according to Mayor Francis Suarez.

“We’re going to be the very first city in America to give Bitcoin yield as a dividend directly to its residents,” Suarez said in an interview on Nov. 11.

Staking MiamiCoin has generated yields in excess of $21 million for the city. Its reserve wallet converts MiamiCoin deposits into USD based on commands from city officials. Suarez said that if yields continue at that rate, it’s possible that they could entirely cover the city’s tax needs.

However, residents will not have to own any MiamiCoin in order to be eligible for the free BTC.

“We’re going to create digital wallets for our residents,” said Suarez. “And we’re going to give them Bitcoin directly from the yield of MiamiCoin.”

He said the ultimate aim was to get Bitcoin into the hands of more and more people.

As far as local lawmakers go, Suarez is one of Bitcoin’s biggest proponents. Just last week, Suarez and New York City Mayor Eric Adams announced they were going to be accepting their next paychecks in Bitcoin. Their pledge was quickly matched by Jane Castor, the Mayor of Tampa Bay, Florida.

In February, Mayor Suarez announced plans to turn the City of Miami into a major cryptocurrency hub by enacting the “most progressive crypto laws.” Fittingly, this year’s Bitcoin conference was held in Miami, attracting the largest crowd in the annual event’s history.

Following Suarez’s announcement, Miami Coin price jumped 18% to a daily high of $0.02369489 according to Coingecko.

Cointelegraph has reached out to the Mayor’s office for more information.

Ken Griffin says Bitcoin will be replaced by Ethereum-based currency