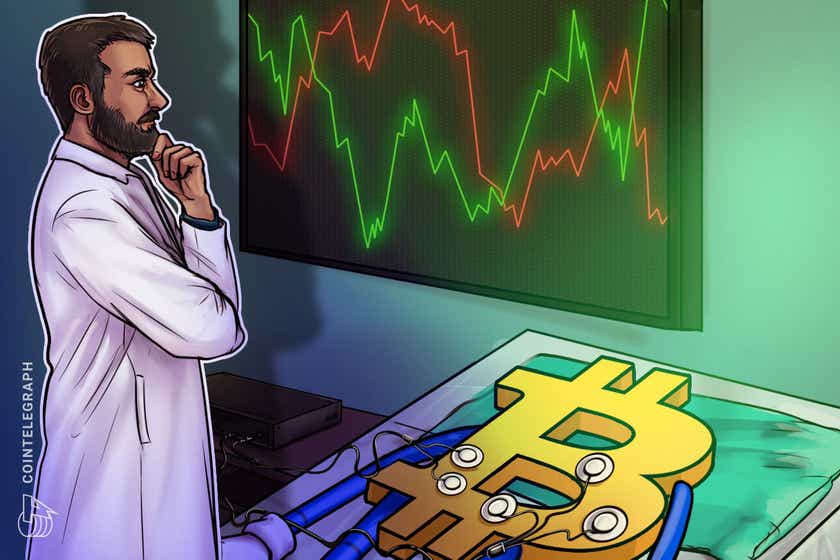 Bitcoin (BTC) shook out leveraged traders in classic style this week, but new data suggests that the market is broadly healthier than earlier in the year.

With a sudden BTC price correction causing maximum pain for leveraged long traders on Wednesday, sentiment has started to waver over market strength.

This is unwarranted, figures suggest, as structurally, derivatives markets are much more solid than they were during the initial run-up to $64,900 in April.

Arcane focused on the so-called futures’ basis — the difference between Bitcoin spot price and the futures price on various exchanges.

January to April 2021 witnessed a sharp rise in the three-month basis, this hitting a top of 46% and 45% for Binance and FTX respectively at April’s BTC/USD all-time high.

By contrast, CME Bitcoin futures traded at just a 12% premium at the time.

Now, however, not only are all three providers practically equal, but the basis is much lower — even as Bitcoin surpasses its April performance.

“The basis is much lower now than when BTC traded above $60k in April – indicating a healthier market,” Arcane added in Twitter comments.

As Cointelegraph reported, the pace of change among institutions when it comes to Bitcoin exposure is becoming all the more telling.

Related: Biggest Bitcoin fund in the world could become ETF by July as GBTC nears $40B AUM

Gold, which has seen lackluster price performance over an extended period compared to BTC, is rapidly losing out as investors opt for the cryptocurrency.

Grayscale, operator of the largest Bitcoin fund, the Grayscale Bitcoin Trust (GBTC), has now surpassed the assets under management of the world’s largest gold fund.

Bitcoin futures-based exchange-traded funds (ETFs) are also setting records, while prospective operator Bitwise this week said that it would swap its plans for a spot-based product.

U.S. regulators are due to give a decision on the first spot-based ETF, from VanEck, on Nov. 14.