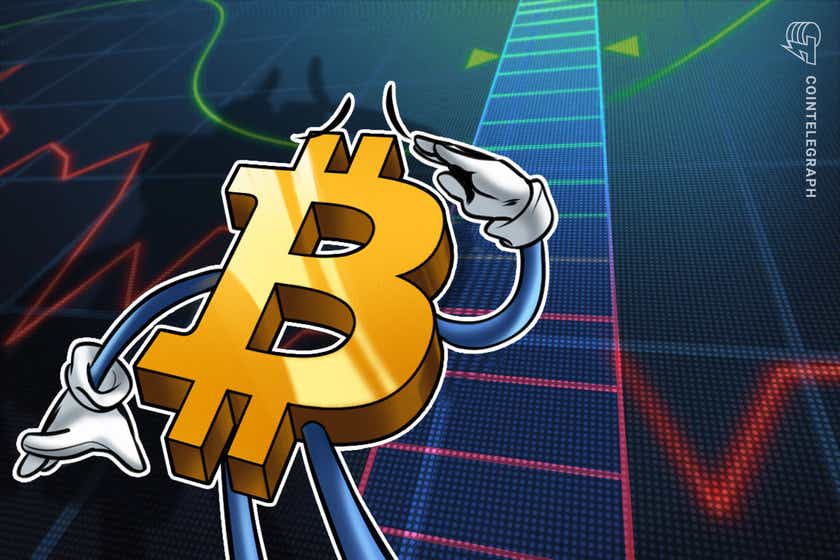 Bitcoin (BTC) remains bullish but has “one more leg down” to complete before a resurgence, one trader argues.

In an analysis on Nov. 10, popular Twitter account Crypto Ed said that the pullback from this week’s all-time highs above $68,500 was turning out to be deeper than anticipated.

“Going a bit deeper as I was expecting yesterday. Looks like it will do 1 more leg down to complete that ABC,” he said alongside a forecast price trajectory chart.

“Lines up with 2nd chart: taking out those lows and retest support. When bounce, going for 70k.”

BTC/USD could thus fall to as low as $65,000 in the short term, marking retention of April’s old highs as support.

Others framed Monday’s record as a record slump for the United States dollar against Bitcoin, among them longtime trader Peter Brandt.

“$1 when I was born is worth 8 cents today. $1 today will likely to be worthless when my grand kids are my age,” part of a Twitter post read Wednesday.

There is one thing in the markets I am absolutely sure of — the declining value of the U.S. Dollar $DX_F
$1 when I was born is worth 8 cents today
$1 today will likely to be worthless when my grand kids are my age$BTC pic.twitter.com/bkhlvbZnZD

BTC/USD circled $66,800 at the time of writing, data from Cointelegraph Markets Pro and TradingView showed, having bounced at $66,250 hours previously.

None of the top 10 cryptocurrencies by market capitalization showed positive performance over the past 24 hours.

The rout seemed to be fuelled by Tesla stock, which experienced a sudden 12% sell-off shortly after the start of trading Tuesday.

Yo @elonmusk if you are selling $TSLA right now, at least put the proceeds into #Bitcoin

The destination of CEO Elon Musk’s 10% stock sale worth $23 billion also remained a topic of debate amid hopes that Bitcoin would see a fresh commitment from the world’s richest man.