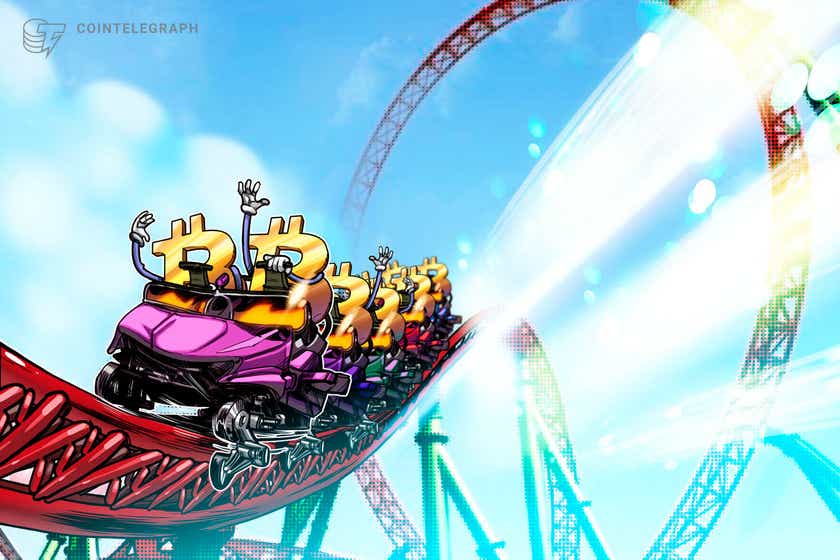 Data from Cointelegraph Markets Pro and TradingView showed BTC/USD fall in line with TSLA shortly after the Wall St. open.

After hitting all-time highs of $1,245 Friday, Tesla saw turbulence after it emerged that CEO, Elon Musk, would sell 10% of his holdings worth around $23 billion at the time.

Tuesday saw a significant acceleration of the negative mood as TSLA lost up to 12% in minutes before recovering. By contrast, BTC only fell by around 2%.

Cook: No plans for Apple to accept crypto

The move appeared to overshadow news that Apple CEO Tim Book owns cryptocurrency. In an interview, Cook nonetheless tempered any optimism over possible corporate crypto acceptance or purchases, saying that there were no plans as yet to do so.

“I do. I think it’s reasonable to own it as part of a diversified portfolio,” he said at the DealBook conference, quoted by CNBC.

As Cointelegraph reported, Musk remains much more hands on when it comes to Bitcoin and selected altcoins, with Tesla retaining its $1.5 billion BTC allocation from earlier this year.

“If Apple were to add support for Bitcoin to the iPhone and convert their treasury to a Bitcoin Standard, it would be worth at least a trillion dollars to their shareholders,” MicroStrategy CEO Michael Saylor meanwhile responded to Cook’s words.

These publicly traded firms are pulling institutions into crypto

These publicly traded firms are pulling institutions into crypto