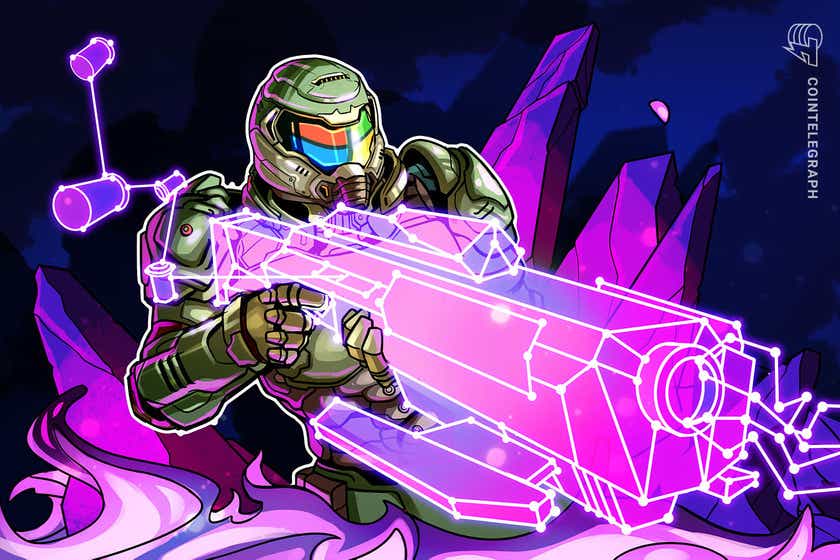 Anyone who hasn’t been living under a rock is probably aware that the gaming industry has been on an absolute tear. It’s one of the industries that has benefited from the COVID-19 pandemic in a big way.

That said, the average investor might not be aware of the following growth figures:

The global gaming market is currently worth $180 billion — the fastest-growing form of entertainment globally. For reference, the global film industry is worth $100 billion and all North American sports combined are $73 billion in terms of annual revenues.Global game market revenue. Source: Bloomberg, Pelham Smithers, GamingScan.comExperts predict that the number of online streamers of online games will rise to one billion by 2025 — one in nine people today. Three of the top four most viewed United States sporting events in 2018 were not even traditional sporting events. They were e-sporting events. For example, the League of Legends championship had 30 million more views than the AFC Championship and 45 million more views than the NCAA Football Championship. ESports viewers in the United States. Source: MBA@SyracuseTravis Scott did a live performance on the popular gaming platform Fortnite last April. It received over 12.3 million views and netted Scott over $20 million per TechCrunch and GamesIndustry.biz.

So what is going on here and where is this growth coming from?

We can attribute much of this simply to the rise of technology and exponential growth. Technology continues to transform how we communicate, how we assemble, how we create and consume information, how we transfer value and how we form online communities.

Howard Shultz, the former CEO of Starbucks, popularized the idea of a “third physical space” with his coffee shop concept. It was his belief that humans needed a “third space” to assemble outside of the office and at home. Starbucks was the answer.

We see this same concept playing out today among the younger generations. Except the new shared space is digital and it’s called the metaverse. This is where kids are increasingly hanging out these days. They go there to engage with their friends. listen to music, or play video games. We can think of this as the next iteration of digital communities: AOL chat rooms, then Myspace. Facebook and finally the metaverse.

We’ve got concerts in the metaverse now. Burning Man has been digitized. And we’re just getting started.

The first video games came out in the late 50’s — a simple tennis game similar to Pong. Later, Atari was invented in 1977. Nintendo started releasing popular games starting in the early ’80s with Mario Bros, The Legend of Zelda, Donkey Kong, etc.

It’s important to note that the business model has changed significantly over the years. We used to pay $60 for a game at, for example, GameStop, and off we went. It was a one-time cost with unlimited play. Games were released in a similar manner to how Hollywood flicks would be promoted and released. 90% of revenues would come in the first two weeks.

This model is out now. The freemium model is in. Users play for free and are induced to make in-game purchases to upgrade skills, dress up avatars, buy weapons, enhance animations, etc. We see this today on Roblox, Fortnite and other popular games.

This is a much more profitable model for game makers, as it keeps their users engaged and always upgrading to compete with their friends. We are moving to a world where social signaling occurs among younger generations in the metaverse via an in-game avatar, the weapon they wield and the skins they possess. Welcome to the future.

Why gaming will move to blockchains

Gaming today happens on walled-off data networks. This means that users cannot own their in-game assets (skins, avatars, abilities, etc). The platform owns them. Axie Infinity is disrupting this model because users own their assets such as nonfungible tokens (NFTs) on Axie and are able to sell them in a free market/gaming economy for profit. Below is a view of the revenues earned by Axie Infinity users since May of this year:Axie Infinity total revenue. Source: Token Terminal

Annualized revenues per Token Terminal shake out to $2.7 billion for this open and permissionless pay-to-play blockchain game. Important note: blockchain technology is the vehicle through which users can own their in-game assets. This is not possible on the tech used today.

Blockchains allow for gaming economies to organically form. Users can be paid to play. Again, Axie Infinity is leading the charge here. Axie users make investments to acquire the Axie NFTs and the AXS native token to begin play. From there, they can earn the SLP token by playing/competing, as the tokens earned can then be exchanged for other crypto assets or fiat, etc. Many users in the Philippines are earning several times their usual monthly salary simply by playing Axie Infinity, all during the economic hardship brought on by COVID-19, which is pretty cool. Let me ask you this: If you can get paid to play a game on a blockchain vs. not being paid to play on a non-blockchain game, which would you choose? As Charlie Munger says: “show me the incentives and I’ll show you the outcome.”Public blockchains are open to all and permissionless. Do you have a cell phone and an internet connection? Cool, you are welcome to participate. This isn’t really how it works in today’s closed data architecture, especially if you live outside the United States. Not only can you participate on a blockchain, but you can also earn income. As smartphone adoption continues to scale out with the growth of 4G and 5G technology in emerging markets, we should expect more and more users to be accessing crypto and blockchain-based games in the near future. Open protocols collapse and compress the cost of existing technologies. Public blockchains are open protocols. Ethereum is an open protocol. Anyone can build games on Ethereum. By doing so, one is fundamentally outsourcing much of their operating and capital costs to the Ethereum base layer blockchain, meaning that it is much easier to start a game for entrepreneurs. Low barriers to entry increase competition. This ultimately benefits the end-users. We’ve seen this play out over and over in history. Blockchains are simply the next iteration of open source technology. Decentralization. Because blockchains are open and permissionless, anyone can build on them. This means we should expect a future where there are blockchain games built on top of various layer-one blockchains, for example, Ethereum, Solana, Cosmos, etc. Users will be able to switch games with ease, and they will be able to bring their assets such as NFTs in the form of skins, avatars, or weapons with them. This is something that is not possible today. Furthermore, users will be able to trade their NFT assets for profit if they choose, or maybe they would want to build NFTs? Go ahead — you don’t have to own a gaming platform to do it.

Gaming economies are the future, and they will happen on blockchains.