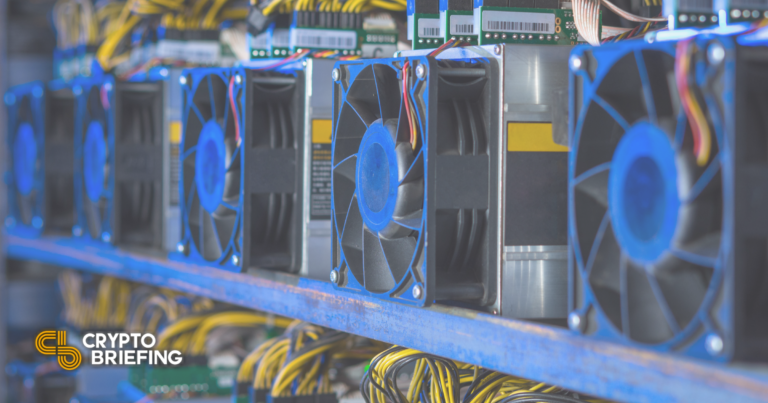 Argo circulated a press release today estimating the construction cost for its crypto mining facility.
The firm said it would likely spend between $1.5 to $2 billion on the construction.
The information previously had been inadvertently disclosed in a private meeting and later shared on Twitter.

Argo Blockchain has revealed that it may spend up to $2 billion in the construction of a crypto mining facility, called Helios, in the U.S. State of Texas. The information had been previously leaked in a private meeting and later shared on Twitter.

Crypto mining firm Argo Blockchain has disclosed that the construction of a large-scale crypto mining facility may cost the firm between $1.5 and $2 billion. A document from Argo reports that the total cost includes the estimated expense of various mining machines as well as of raw materials.

Notably, Argo had no plans to issue an advanced disclosure on expenses related to its large-scale mining farm. It admitted that this information was previously non-public information under the U.S. securities laws. However, On Nov. 4, 2021, Argo employees inadvertently discussed the facility’s budget with a person named Anthony Coyle in a private meeting, who later posted the information out on Twitter.

As the news was made public, today Argo circulated a press release with an official confirmation.  Some investors on social media have criticized the company for spending too much on the construction.  Argo’s share price reacted negatively today and is trading down by about 2.25% at about $17.

Texas, in addition to Kentucky and Wyoming, has offered lower utility rates to attract miners. After a ban on cryptocurrency mining in China, the U.S. became the global leader in crypto mining and accounts for 35.4% of the global hashrate as of August. Amid this growth, the mining firms across the U.S. and Canada have seen increased investor interest.

Last month, Argo Blockchain was listed on the Nasdaq. It quickly raised $127.9 million after issuing 8.5 million American Depositary Shares under the ticker ARBK. The Bitcoin miner had already been listed on the London Stock Exchange.

On-chain metrics and company production reports show that Bitcoin and Ethereum miners are holding off from selling their mining rewards. The value of crypto held by miners has reached new…

Is it possible to build a DeFi protocol that counters crypto’s inherent volatility while also letting holders enjoy the upshot of their assets? Bumper Finance is a DeFi price-protection protocol that aims…

The Sandbox Leads Metaverse Rally After $93M Funding Round

Aligned incentives are a crypto superpower