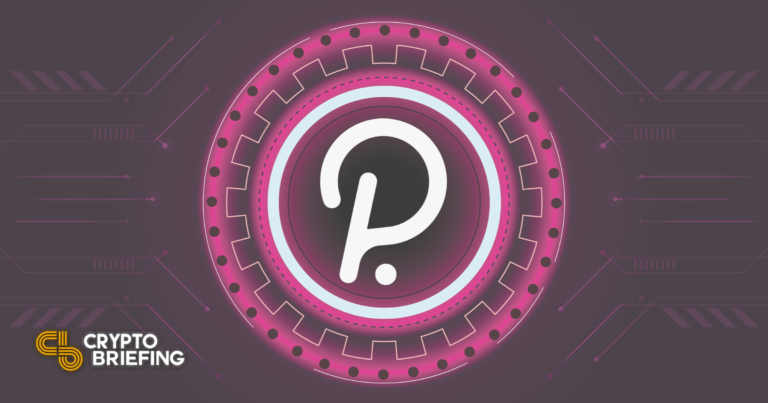 The first Polkadot parachain auctions will begin in November.
The move is seen as a major step toward enacting multichain interoperability.
DOT token is responding to the news.

A proposal for Polkadot’s first parachain auctions was approved by its community today. These parachains are said to be the “last piece of core functionality” needed for Polkadot to realize its goal of multichain interoperability.

Polkadot, a Layer 1 project promising to make blockchain networks interoperable with one another, took a major step toward that goal today by voting to approve a proposal to launch its first parachain auctions.

The proposal was introduced on Polkadot’s community governance discussion platform, polkassembly.io, by Web3 Foundation member Joe Petrowski. He laid out that, given the success of Kusama’s parachains, as well as Parity’s public assessment that “the code for parachains, auctions, and crowdloans is ready for an initial production release,” Polkadot should be ready for this critical move.

Parachain auctions decide which blockchain projects will be selected to receive one of Polkadot’s parachain “slots,” of which there are only a limited number that can only be changed through a governance vote. The winners of these slots win the right to develop a parachain integrated with Polkdot’s main blockchain.

The winners of the auctions are determined not by the highest bidder at the time the auction ends, but rather by who was the high bidder at a randomly selected point in time during the auction’s duration that cannot be known until the auction is complete.

When asked last month about the timeline for parachain auction launches, Polkadot co-founder Gavin Wood said, “It’s really just up to the governance of Polkadot… I can’t flick the switch myself.” In a nod to the nimbleness of the Polkadot governance community, just yesterday Wood tweeted:

“Whereas other chains take months or even years to deploy an upgrade, Polkadot and Kusama Network created, voted and deployed new logic on to the chain within 8 hours. All going through a secure, stakeholder-governed decentralized process.”

Polkadot’s native DOT token has responded, up over 17.5% at the time of writing. Trading volume is up over 100% in the last 24 hours.

Polkadot is a protocol that enables different blockchain networks to work together. Parachains individual Layer 1 blockchains that run parallel to the Polkadot Relay Chain, where their transactions are finalized. Parachains make interoperability between blockchains possible by connecting their architecture. Currently, there are roughly 100 parachain slots available on Polkadot.

Kusama is an experimental blockchain that has been used to prepare Polkadot for parachain auction launches.

(Disclaimer: At the time of writing, the author of this feature owned DOT, BTC, ETH, and several other cryptocurrencies.)

An early version of Polkadot has been released today, allowing developers and the broader community to experiment with new features ahead of the mainnet launch. Known as Kusama, the network…

How to Trade Using the Inverse Head and Shoulders Pattern

Chainlink is getting integrated on Polkadot, making it the first blockchain besides Ethereum to utilize the oracle platform. Polkadot to Use Chainlink Oracles Polkadot, a scalable blockchain for cross-chain applications…

Polkadot has gone live with its first “chain candidate,” a nearly-complete version of its blockchain. The blockchain has been under development since 2017, at which time it raised $140 million…

Five Play-to-Earn Crypto Games to Look Out For

What Is Going Live on Cardano After Alonzo Launches?