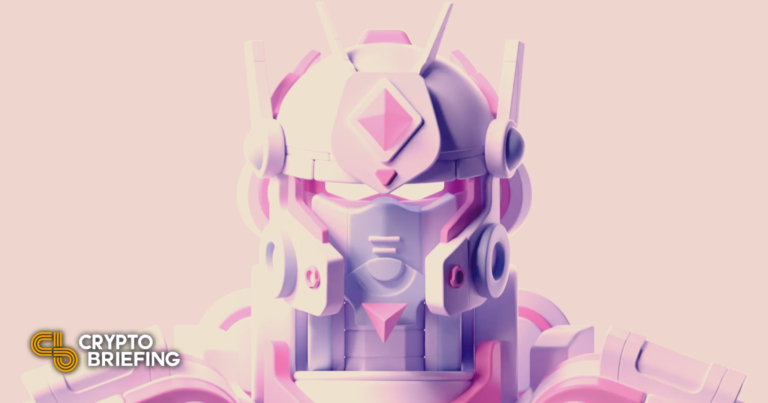 MekaVerse is one of the most hyped NFT projects of the year. It borrows from the “avatar” format that projects like CryptoPunks and Bored Ape Yacht Club popularized.
The NFTs from the collection were revealed this week, but many community members have complained that the trading activity for the rarest pieces looks suspicious.
The floor price for the collection has dropped since the pieces were revealed.

MekaVerse critics have accused the highly anticipated NFT project of rigging its own NFT drop. Instead of doing a random raffle to mint and distribute rare Mekas, the team allegedly skewed the distribution to benefit the team and certain insiders.

High-profile members of the NFT community are accusing MekaVerse of skewing its NFT drop.

MekaVerse is a collection of 8,888 generative Mekas, tokenized avatars inspired by the Japanese Mecha anime series. Following the playbook of popular NFT avatar projects like CryptoPunks, Pudgy Penguins, and Bored Ape Yacht Club, each Meka avatar is unique, with its own color palette and composition, belonging to one of four factions: Originals Meka, Mirage, F9, and Gadians. The project gained huge traction leading up to its launch; its Discord channel gained over 200,000 members.

According to CryptoSlam data, since the project launched on Oct. 7, MekaVerse has yielded more than $120 million in sales volume, coming second place only to hit play-to-earn game Axie Infinity on the weekly charts.

Mekas began trading on OpenSea before the artwork for each NFT was revealed, at which point nobody was supposed to know the rarity or aesthetics for each piece. However, when the collection was revealed a week later, several high-profile members of the NFT community accused the team of rigging the launch and distribution of the Mekas.

The NFT personality Beanie claimed that they’d identified several accounts using insider information of the metadata to purchase ultra-rare Mekas on the secondary market before they were revealed.

People are really stupid to be buying this MekaVerse shit. This is just one account of many that I’ve found that’s using insider information of the metadata to cherry pick ultra rare and legendary pre-reveals from clueless plebs. Look at the bid history.🤦‍♀️ https://t.co/i0jndxsSOs

Beanie’s post linked to an OpenSea account associated with an Ethereum address commencing “0x350d” that had joined the NFT marketplace as recently as this month. The user’s collection includes several of the rarest Mekas, including a “Legendary” piece it bought for 4.6 Ethereum on Oct. 7. The piece has since received a high bid of 66 ETH.

“The odds of somebody cherry-picking all these legendary pre-reveals has gotta be one in a billion,” Beanie added in a follow-up tweet, “and there are many brand new accounts with no other activity with the same pattern. Feels like a criminal conspiracy tbh.”

bagelface, a Solidity developer who inspected MekaVerse’s smart contracts, claimed that the contract logic gave the team the ability to manually mint specific Mekas to specific addresses, without any attempt at automating and randomizing the process.

They said that this shows that MekaVerse could’ve manually distributed the rarest Mekas to hand-picked addresses, giving certain people preferential treatment in what was supposed to be a “fair distribution.” NFTs with rare traits tend to be more valuable than more common pieces. Some of the rarest NFTs from sought-after collections have sold for millions of dollars this year.

While bagelface provided no proof that MekaVerse rigged the distribution, they claimed the issue lies more with the fact that there’s no demonstrable way for anyone to confirm that the distribution was indeed fair.

Other data gives credence to the idea that MekaVerse may have engaged in nefarious behavior. As MOLOTOV pointed out, _Wyb0, an NFT collector and co-founder of Miinded Studio, purchased a super-rare Meka for 6.83 Ethereum before the NFTs were revealed. Miinded Studio collaborated with MekaVerse on the collection.

“The MekaVerse reveal was rigged,” MOLOTOV wrote, claiming that _Wyb0 already knew the rarity traits of each Meka and exploited this information to purchase one of the rarest NFTs at a relatively cheap price.

The primary contention surrounding the launch is MekaVerse’s claim that there would be “raffles to make it fair for everyone [to mint] without high gas fees,” yet the team didn’t use a Verifiable Random Function. This makes it impossible to prove with certainty that the distribution was genuinely randomized.

Though it’s unclear whether the drop was rigged, MekaVerse wouldn’t be the first bad actor in the NFT space; last month, OpenSea suffered a widely-publicized blunder when an employee was caught using insider information to make profits off NFTs the marketplace had promoted. He resigned after on-chain analysts exposed the activity to the community.

The trading value of the MekaVerse collection has suffered amid concerns that the distribution may have been manipulated. The floor price for Mekas has dropped from around 5.6 Ethereum following the day of the reveal to 3 Ethereum at press time.

MekaVerse did not immediately respond to Crypto Briefing’s request for comment.

Disclosure: At the time of writing, the author of this feature owned ETH and xSUSHI.

Nate Chastain, who heads product development at OpenSea, the largest NFT marketplace in the world, is facing accusations of insider trading from the crypto community. OpenSea Admits Insider Trading Nate…

What is Impermanent Loss and How can you avoid it?

DeFi has given traders and investors new opportunities to earn on their crypto holdings. One of these ways is by providing liquidity to the Automated Market Makers (AMMs). Instead of holding assets,…

OpenSea’s head of product, Nate Chastain, left the company today after he was found to have engaged in insider trading yesterday. Head of Product Leaves Company On Tuesday, head of…

What will happen if a Bitcoin ETF is approved? Find out on ‘The Market Report’ with Mati Greenspan