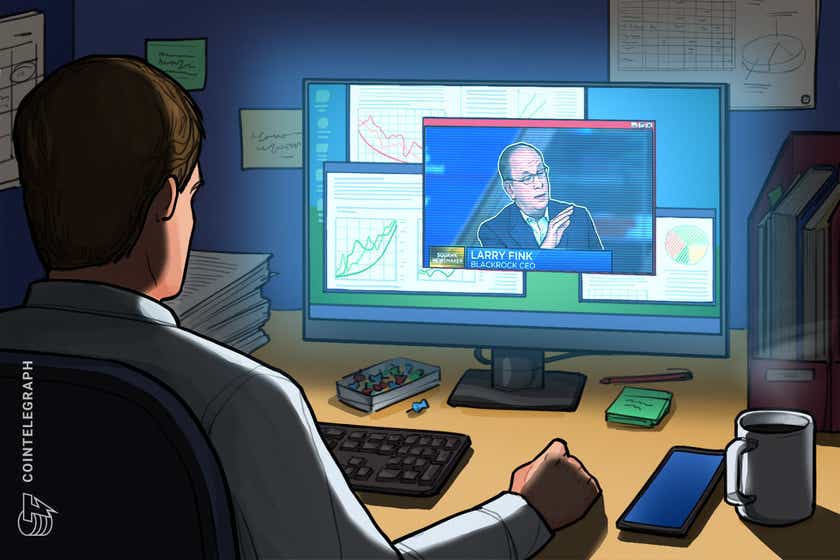 In an interview with CNBC on Oct. 13, Larry Fink issued a tentative agreement with JPMorgan CEO Jamie Dimon on Bitcoin’s true worth.

Famed for his allusions to Bitcoin over the years, Fink, who maintains that he is not a fan of the largest cryptocurrency, nonetheless supports more people investing in the space.

“But I do believe that there is a huge role for a digitized currency, and I believe that’s going to help consumers worldwide — whether it’s a Bitcoin or something else or more of a governmental official digital currency, a digital dollar, that will play out.”

Fink was speaking just after Dimon had reiterated his skepticism on Bitcoin, drawing attention to his lack of faith in its finite supply.

Proponents immediately hit back at his comments, suggesting that only a lack of understanding could lead one to question what is written — and subsequently enshrined by over 12 years of immutable consensus — in the code.

“I have more conversations with people in the street on crypto than anything,” Fink continued.

“It’s fantastic seeing how people have become so fascinated about it, that they’re showing interest in this, whether it’s going to play out in the long run. We’ll see. As I said, I see huge opportunities in a digitized crypto/ blockchain-related currency, and that’s where I think it’s going — and that’s going to create some big winners and some big losers.”

Bitcoin is up almost 600% since the 2020 block subsidy halving event and has outperformed macro assets throughout 2021.

Bitcoin traded down from five-month highs Wednesday in what analysts believe should be the final retracement before a retest of all-time highs of $64,500.

Going forward, predictions remain firmly bullish, with calls of not only six figures but up to $300,000 in the coming months.

As Cointelegraph reported, data shows that 2021 is increasingly repeating 2017’s bull run characteristics, with only the blow-off top phase left to complete.