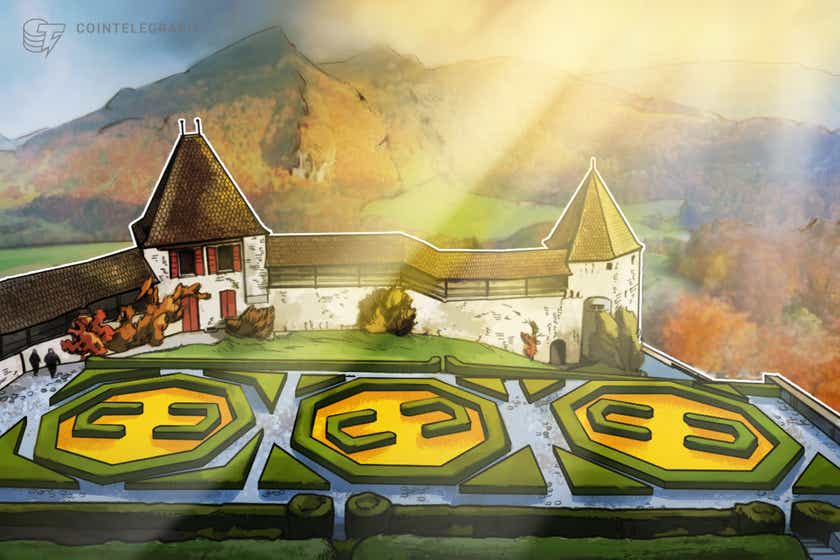 2B4CH, a Swiss non-profit think tank assisting the state in exploring cryptocurrencies like Bitcoin (BTC) and blockchain technology, is launching an initiative that could make Bitcoin one of the country’s reserve assets.

On Friday, the association announced plans to start a popular federal initiative by collecting 100,000 signatures for the introduction of Bitcoin to article 99 clause 3 of the Swiss federal constitution.

The initiative specifically proposes to add Bitcoin to the list of assets held by the Swiss central bank, which would change the constitutional clause to: “The Swiss National Bank shall create sufficient currency reserves from its revenues; part of these reserves shall be held in gold and Bitcoin.”

Whether the vote is successful is not really relevant, as the initiative is focused on gathering signatures to make this proposal be presented to the Swiss citizens to vote, 2B4CH’s founder and chair Yves Bennaim told Cointelegraph.

“If the signatures are gathered successfully, the vote will legally have to happen, and so will the conversations and debates, eventually informing and educating better everyone in Switzerland, and hopefully worldwide, as we set the example,” Bennaim said. “We hope the vote will be successful, but even if it isn’t, it will already be a success if the topic is brought to the public debate,” he noted.

If the vote is successful, the Swiss National Bank, or SNB, will need to learn how to add Bitcoin into its reserves, holding it the “best and safest way,” which would make Switzerland one of the world’s leading nations in the industry and benefit its economy on many levels, Bennaim stated, adding:

“Such an addition to the constitution would affect people in Switzerland in a similar way the Silicon Valley and the London Stock Exchange have benefited the people of their respective countries.”

According to Bennaim, 2B4CH is still at the preliminary stage of the project, now testing the potential interest in the initiative. The next steps include presenting the project to the confederation and collecting signatures officially. “When this phase is successfully finished, it will take months or even years before the vote is actually taking place,” Bennaim said.

Founded in Geneva in 2017, 2B4CH is an independent non-profit association studying social and financial transformations brought by Bitcoin and blockchain technology as well as the impact of decentralized cryptocurrencies. The think tank counts fewer than 20 members so far and doesn’t accept donations to protect its independence and the privacy of its members.

Switzerland has emerged as one of the most crypto-friendly countries around the world, with the canton of Zug piloting Bitcoin payments for public services back in 2016. Last month, the Swiss Financial Market Supervisory Authority approved the country’s first crypto fund after authorizing the SIX Swiss Exchange to launch a digital asset marketplace.

Ethereum On-Chain Metrics Set the Stage for a Rally

US lawmaker is most concerned about Treasury’s response to crypto