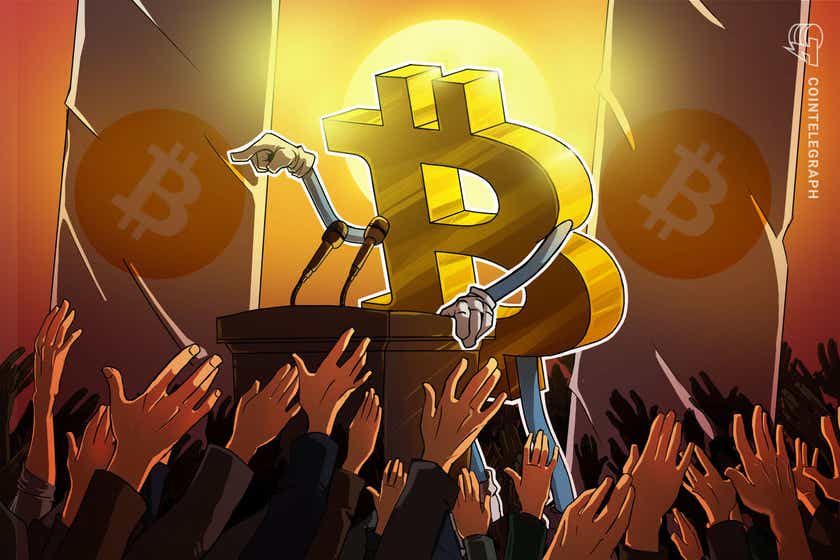 In a Wednesday blog post, Höptner expressed support for El Salvador adopting Bitcoin as legal tender in September, predicting that developing countries will be “leading the way” in Bitcoin adoption:

“My prediction is that by the end of next year, we’ll have at least five countries that accept Bitcoin as legal tender. All of them will be developing countries.”

According to Höptner, developing countries will adopt Bitcoin faster due to three major factors: the growing need for cheaper and faster international remittances, massive inflation, and political issues.

As opposed to consumers in more developed countries, people in developing economies are more affected by issues related to cross-border payments and inflation, Höptner said.

The CEO noted that remittances made up 23% of El Salvador’s gross domestic product in 2020, while the World Bank assessed that low- and middle-income countries receive about 75% of total global remittances. He added that people around the world are increasingly looking at Bitcoin as a solution to weather massive inflation, citing rapid crypto adoption in Turkey amid a 19.2% inflation rate.

Höptner went on to say that El Salvador’s Bitcoin move will make it easier for other countries to consider similar moves. “But if it’s a reality that politics will play a big role in the adoption of Bitcoin as legal tender, it’s also true that any failings by these leaders in the implementation phase may hurt wider adoption of cryptocurrencies in general,” he added.

Related: 70% of Salvadorans opposed to Bitcoin Law as Sept. 7 implementation draws near

Some major figures in the cryptocurrency space have been hesitant to praise El Salvador’s crypto adoption sparked by President Nayib Bukele. On Friday, Ethereum co-founder Vitalik Buterin criticized Bukele’s approach to adopting Bitcoin, arguing that forcing businesses to accept a specific cryptocurrency is “contrary to the ideals of freedom that are supposed to be so important to the crypto space.”