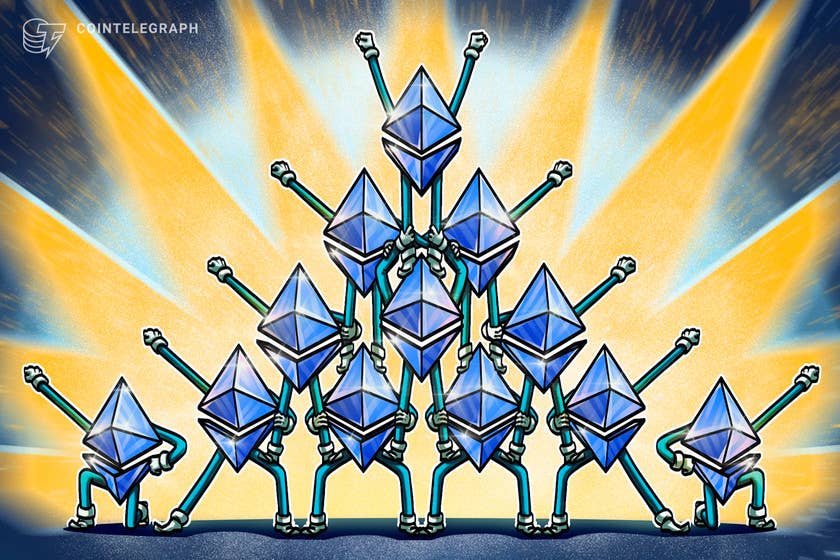 Bids for Ethereum’s native token Ether (ETH) could rise to $13,000 in the next two months if history repeats.

So shows a fractal indicator from 2017, consisting of at least four technical patterns that were instrumental in pushing the ETH price up by over 7,000%. The same set of bullish indicators have flashed once again in 2021 as Ether trades above $3,350 after rallying over 360% year-to-date.

In detail, the four technical indicators are Stochastic RSI, Relative Strength Index (RSI), Bullish Hammer, and a Fibonacci retracement level. It started with the Bullish Hammer’s occurrence on Ether’s monthly chart in December 2017, followed by a 7,000% price rally in the next six months.

Later, in November 2017, the Stochastic RSI flipped bullish, with its %K line (the blue one), which compares an asset’s lowest low and the highest high to define a price range, crossing above the %D line (the saffron line), which is a moving average of %K. Meanwhile, the Stochastic RSI reading was above 20 at the time of flip, which boosted Ether’s bullish continuation hopes.

Later, the Ethereum token surged by another 500%, closing above $1,200 in Jan 2018. It coincided with RSI forming a double top, as shown in the chart above. The entire bottom-to-top took place inside an ascending channel range, with its 23.6% Fibonacci retracement level serving as support/resistance level.

The 2021 fractal repeat so far

Ether is almost mirroring the moves from the 2017 fractal as it heads into the final quarter of 2021, albeit without order.

In detail, the Ethereum token rallied by 3,400% to over $4,300, sixteen months after painting a bullish Stochastic RSI cross (when its a %K line surged above the %D line). Meanwhile, the huge upside move—again—pushed Ether’s monthly RSI into its overbought zone.

A consolidation period followed, which saw Ether making a Bullish Hammer in July 2021, suggesting sellers had formed a price bottom.

Jaydee_757, the pseudonymous analyst who first spotted the Ethereum fractal, highlighted the hammer’s potential to send the Ether price flying, with a primary upside target sitting near the 2.618 Fib line (at around $13,000).

Related: 3 factors that can send Ethereum price to 100% gains in Q4

The bullish analogy also took cues from a potential Stochastic RSI bullish cross and a double top RSI, waiting to appear on Ether’s monthly chart in the next “few months,” similar to the one that coincided with the 500% price rally in 2018, as mentioned above.

DAOs can solve important dilemmas but more education is required