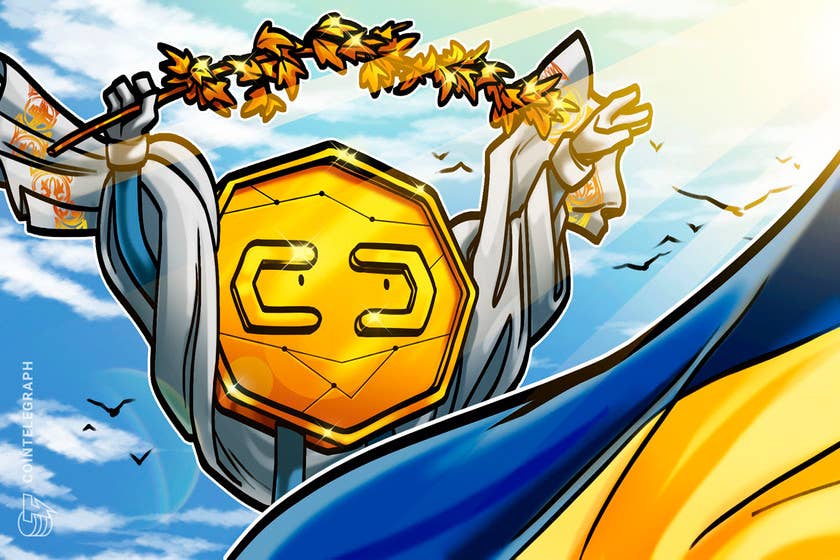 The central bank of Ukraine has moved to support the development of the cryptocurrency industry after the Ukrainian parliament adopted a major crypto law in early September.

The National Bank of Ukraine (NBU) issued Sept. 13 an official statement on basic principles of monetary policies for the upcoming year, paying particular attention to the regulation of cryptocurrencies.

The central bank emphasized that the NBU recognizes the importance of technological innovations associated with virtual assets and sees “many promising opportunities” like improving access to financial services and increasing competition in the payments market.

According to the NBU, cryptocurrencies like Bitcoin (BTC) do not have a significant impact on the Ukrainian monetary policy and financial stability so far due to its current “relatively limited” adoption level and high price volatility.

However, as the bank is confident that further adoption growth would eventually make cryptocurrencies less volatile, the NBU will be taking certain measures to ensure financial stability. As such, the NBU will “pay proper attention” to monitor the risks of rapid adoption of crypto, particularly focusing on private stablecoins, a type of cryptocurrency pegged to an underlying asset like a fiat currency or a precious metal.

According to the bank, cryptocurrencies ultimately pose a potential risk of replacing the national currency and the “emergence of parallel money circulation” outside the control of the NBU. Other risks include foreign capital outflows, money laundering concerns, as well as “displacing traditional banking” as a whole.

In order to minimize these risks, the NBU will work to ensure that the Ukrainian hryvnia is the only legal tender in Ukraine, the authority said, adding that the central bank will still be committed to promoting crypto at the same time, stating:

“The National Bank will make efforts to build a system providing transparent and understandable state regulation that will promote the development of fair and efficient circulation of virtual assets.”

The NBU also noted that it would continue studying from the international experience regarding developing a central bank digital currency (CBDC). As previously reported, Ukrainian President Volodymyr Zelenskyy signed a law that officially enabled the NBU to issue a CBDC in July 2021.

The news comes after the Verkhovna Rada of Ukraine adopted the draft bill “On Virtual Assets” on Sept. 8, granting legal recognition to cryptocurrencies like Bitcoin. Despite not recognizing Bitcoin as legal tender, the legislation still allows crypto-based payments through converting crypto assets into fiat, according to some government officials.