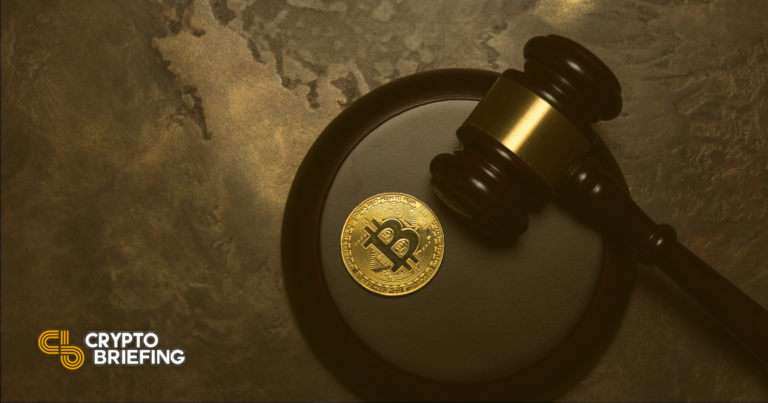 The opposition in El Salvador has filed a case against the new Bitcoin law, deeming it unconstitutional and baseless.
Reportedly, citizens and businesses in El Salvador also have reservations about the new law.
Nonetheless, the government has continued with its efforts to successfully implement BTC payments.

The Farabundo Martí National Liberation Front (FMLN) party in El Salvador is backing a public lawsuit against the government to abolish the Bitcoin legal tender law for being “unconstitutional.”

After international monetary organizations, an El Salvadorian opposition party is the newest challenger to the Bitcoin law.

According to the FMLN party’s deputy Jaime Guevara, the Bitcoin law has “no legal basis” and is formed “to loot people’s pockets, it is tax-exempt, they want to force us to trade.”

a new meme fiat economists are spreading is that a) El Salvador’s law (which is unimplemented – many gaps to be filled in) is guaranteed to coerce merchants nationwide to adopt Bitcoin, and b) that regular Bitcoiners are somehow morally responsible for this

Óscar Artero, one of the lead plaintiffs in the case, stated that the law was passed without careful consideration and legal thinking.

President Nayib Bukele’s New Ideas party currently holds 56 out of 80 seats of the country’s parliament while FMNL has four. The law to make Bitcoin legal tender was passed with a 62/80 vote.

The El Mundo report also cited another rumor rampant in El Salvador that the government secretly wants to ban the law. According to an expert lawyer in the country, Enrique Anaya, the President is unprepared to implement the law and is thus looking for ways to roll back through invisible support to the opposition. Guevara denied colluding with the government on this.

The Spanish report added survey results from a corporate alliance in which eight out of ten participants voted against the government’s decision.

A Groundbreaking Law for Bitcoin

From day one of passing the law, the government has faced opposition from international organizations like the IMF. World Bank denied technical assistance to it as well. This is a setback for the country that relies heavily on economic assistance from these organizations.

World Bank MUST accept #Bitcoin from El Salvador, according to its founding charter (Section 12 of Article V)
– Forbes pic.twitter.com/oUZH32gBbs

Nevertheless, the payment firm Strike leading the adoption is positive about the adoption. In a recent podcast with Peter McCormack, Jack Mallers, the CEO of Strike, confirmed the support of the top five banks and two biggest cashpoint distributors in El Salvador. He also announced plans to phase out USDT payments for Bitcoin.

An El Salvadorian development bank has also agreed to provide technical help to the government to implement the new law. Sources on social media reported 1,000 Bitcoin ATMs being imported to El Salvador by Crypto Matic.

Still, reports of internal resistance clearly depict the pandemonium El Salvador has created through the iconic law. Its success or failure is critical in setting a precedence for other South American countries like Paraguay looking to follow El Salvador.

After El Salvador, Paraguay could be next up to come through with a major Bitcoin announcement.  Paraguay Hints at Bitcoin Move Paraguay is reportedly preparing to commence a big project,…