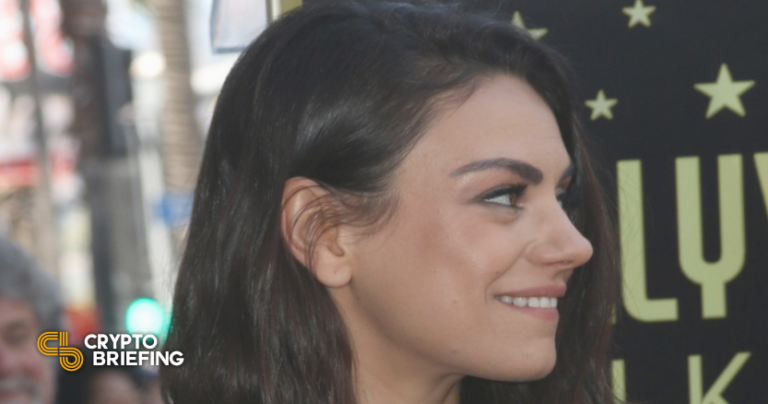 Mila Kunis is launching “Stoner Cats,” an animated web series
Viewers will purchase NFTs, which will be used as access tokens. Funds raised will go toward funding future episodes.
Kunis will also voice one of the characters in the series.

Actress Mila Kunis has plans to launch a new series of NFTs, as announced on Conan O’Brien’s late night talk show this week.

Web Cartoon Will Launch Next Month

On “Conan,” Kunis revealed that she is involved in a web series called “Stoner Cats” that will launch in the coming weeks.

Users will be able to purchase Stoner Cats NFTs and then use those tokens to access the comedy cartoon online. Each episode will be approximately five minutes long. Purchases of the token will also go toward funding future episodes of the series.

The series is produced by Kunis’ production company, Orchard Farm. The NFTs were created by Big Head Club, a crypto firm run by Mack Flavelle (CryptoKitties) and Jonathan Howard (CryptoPoops).

The full cast and crew behind the series has not yet been announced. However, Kunis suggested that some animators involved in the project have connections to “Toy Story 2,” “Spiderman: Into the Spider-Verse,” and “Space Jam: A New Legacy.”

The concept behind the series seems to draw on the success of CryptoKitties, which were first released in 2017 and are still the most notable NFTs. However, unlike Stoner Cats, CryptoKitties do not come with any additional media attached.

Kunis stated that she chose to work with NFTs because she “felt like it was a very masculine area.” She added that she “deep dived into it … with two incredibly smart women that know everything about it.”

Earlier this year, Kunis stated that she began to use cryptocurrency at the suggestion of her husband, Ashton Kutcher, despite having initial doubts about the potential of Bitcoin several years ago.

Kunis is best known for her roles on “That ’70s Show” and “Family Guy.” She will also voice one of the characters on Stoner Cats.

Larva Labs, the creatives behind the beloved CryptoPunks and Autoglyphs NFTs, have launched a new collection. Meebits caused a storm yesterday, but some raised eyebrows at the entry price.  Larva Labs…

OpenSea Raises $23 Million In Series A Funding Round

OpenSea has raised $23 million in its Series A round, according to an announcement from the NFT trading marketplace. OpenSea Attracts Heavyweight Investors OpenSea’s Series A fundraising round was led…