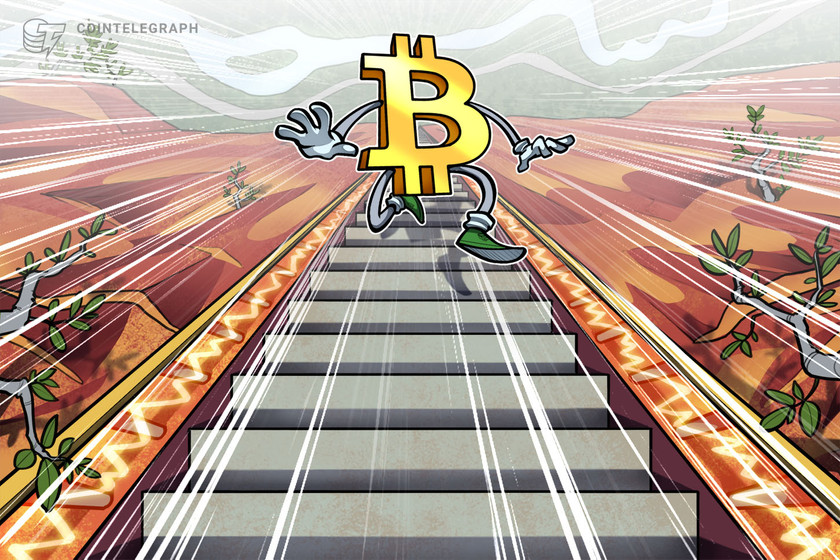 Bitcoin (BTC) price dropped another notch to $37,365 today after a failed attempt by bulls to retake the $40,000 level. The renewed slump comes as the stock market and commodities also pulled back as a result of Federal Reserve Chair Jerome Powell’s comments related to future interest rate hikes and concerns over rising inflation which led to pdeclines for both Bitcoin and gold.

Data from Cointelegraph Markets Pro and TradingView shows that the price of BTC climbed from $38,200 in the early trading hours on Thursday to a high above $39,500 by midday before being pummeled down to a low of $37,365 as bears took control of the market.

One signal provided ahead of Bitcoin’s price decline on June 17 was increased inflows to spot exchanges which led some analysts to speculate that traders who failed to cash out near the high are taking advantage of lower highs to lock in gains.

#Bitcoin here you can see quite a contrast between the recent inflows into spot exchanges vs derivative exchanges. Very recently a big increase into spot. One theory is that spot holders who didn’t sell the top are taking the opportunity to get out on a lower high. pic.twitter.com/6SOI2uXHk8

As the sell-off intensified, the netflow of BTC into exchanges saw a noticeable uptick and this selling pressure, along with the lack of dip buyers, kept Bitcoin pinned below $38,000.

While the recent BTC inflows to exchanges point to a bearish short-term outlook, it is also worth noting that whale wallets holding between 100 BTC and 10,000 BTC have actually increased their holdings by 90,000 BTC over the past 25 days, suggesting a more positive long term outlook.

Open interest in BTC options is on the rise

Another source to get a better overview of how funds are being deployed across the market is looking at open interest in BTC and Ether (ETH) options.

According to Delphi Digital, “open interest for BTC and ETH options have been in decline since mid-May,” but there has been a slight increase in the options open interest for BTC recently. This figure has remained stagnant for Ether, “indicating traders are trying to position themselves for a BTC move instead.”

Delphi Digital also said that the recent price action for Bitcoin and gold has revived discussions on the ability of each to operate as a “safe haven asset,” with investors increasingly seeing gold as the main inflation hedge, meaning “rising inflation could negatively impact BTC sentiment.”

Given that both assets responded negatively to Powell’s comments, there is a chance that the correlation seen between BTC and gold in 2019 could lead to a revival of the narrative that BTC has evolved into a safe haven asset.

The overall altcoin market trended down on June 17 as the lack of optimism weighed heavily on most tokens.

Notable exceptions to the market stagnation include a 34% increase for XinFin Network (XDC) following a partnership with Flare Finance and a 32% increase for NuCyper (NU) which has benefited from its recent merger with the Keep project to form the Keanu DAO.

As seen in the chart below, the announced merger between NuCyper and Keep was picked up by the NewsQuake™ service from Cointelegraph Markets Pro on June 15 and was followed by an increase in the VORTECS™ Score to a high of 74 on June 16, around 15 hours before the altcoin gained 44%.

Michael Smerconish: GOP's fear of their base is warranted

Michael Smerconish: GOP's fear of their base is warranted