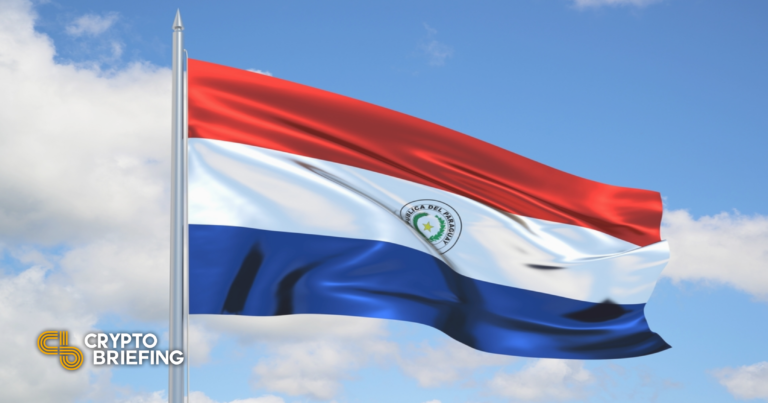 Carlitos Antonio Rejala Helman, a Paraguay official, is planning to introduce Bitcoin legislation in July.
Rejala Helman previously hinted at this in June, when he suggested a project involving Bitcoin and PayPal.
One of Paraguay’s top entertainment companies, Grupo Cinco, is also planning to accept Bitcoin and other cryptocurrencies.

Carlitos Antonio Rejala Helman, a Deputy of the Nation and Member of Congress in Paraguay, plans to present a Bitcoin bill next month.

Today, Rejala Helman stated on Twitter that he plans to introduce new Bitcoin and cryptocurrency legislation within the next month. “This is Paraguay,” he wrote. “July we legislate!”

Rejala Helman previously hinted at the introduction of new Bitcoin legislation in early June, when he suggested that the country would work on a project involving Bitcoin and PayPal.

Few other details have been revealed so far. However, El Salvador, which is introducing legislation that will make Bitcoin a form of legal tender, will likely influence Rejala Helman’s plans.

This type of legislation could make Bitcoin transactions more commonplace between individuals and in commerce.

Other Developments In Paraguay

The news comes after another related development. Grupo Cinco, one of Paraguay’s largest entertainment companies, is planning to accept cryptocurrency next month. The group will accept Bitcoin (BTC), Ethereum (ETH), Shiba Token (SHIB), and Chiliz (CHZ).

Grupo Cinco works with companies in the nightlife industry. That means it will help 24 companies—including nightclubs, restaurants, and pubs—accept the cryptocurrencies listed above.

Rejala Helman acknowledged Grupo Cinco’s plans to adopt cryptocurrency, stating that Paraguay’s youth is the country’s “main ally.” He added that “a whole new mindset shift is approaching” and said “the leap that Paraguay can make is unprecedented.”

After El Salvador, Paraguay could be next up to come through with a major Bitcoin announcement.  Paraguay Hints at Bitcoin Move Paraguay is reportedly preparing to commence a big project,…

Wedbush Will Use Paxos Network to Settle Stocks