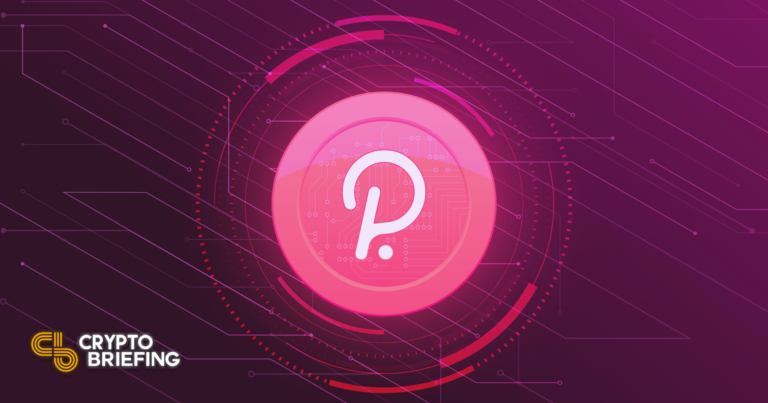 Polkadot founder Gavin Wood wrote in a blog post that Kusama is ready to host parachain slot auctions.
Kusama will host parachains before auctions go live on Polkadot.
The auctions will last for five weeks and determine which project gets to operate a parachain on the canary network.

Polkadot’s founder Gavin Wood has announced that parachain auctions on Kusama should take place from next week.

Both Polkadot and Kusama are trying to create an interoperable network of 100 parachains plugged into a central Relay Chain. Kusama is an identical network to Polkadot except its role is to function as a test network and experiment with various technology features before they can be rolled out on Polkadot.

Parachains will host different decentralized applications that can simultaneously interact with one another through the relay chain. Given each network can only have a maximum of 100 parachains, auctions will be used to determine which crypto projects get to run their parachains.

Polkadot launched on mainnet over a year ago and is yet to launch a parachain. While the team has sent mixed signals about the auction schedule, the Polkadot community has been pushing for the auctions to begin as soon as possible.

Now, Wood has confirmed, the team has finally reached the auction stage. Beginning Jun. 15, there will be auctions running weekly on Kusama for five consecutive weeks.

While there will likely be hundreds of crypto projects that participate in Kusama parachain auctions, some of the notable teams include Darwinia, Equilibrium, HydraDX, Karura Network, Robonomics, and Moonbeam.

As parachain auctions have never taken place before, they will first be organized on Kusama. For its role as the canary network, Kusama has already launched a parachain known as Statemine, whose logic is under audit. This is Kusama’s equivalent of the Polkadot’s Statemint, a common-good parachain that is scheduled to go live in the neat future. Wood said in the blog post:

“As the technical team behind the initial runtime design and implementation, it is our belief that there are no longer any known technical blocking points stopping the auctions or parachain functionality.”

Each auction will be organized for a week-long period, and bids will be placed in the network’s native currency, either KSM or DOT. The winner of a parachain slot auction will be decided based on a snapshot that is taken at a random time.

Furthermore, to give themselves a fair chance of winning the auctions, teams building in the Polkadot ecosystem have planned on taking loans from their supporters in exchange for native parachain tokens, a process known as parachain loan offering. For the upcoming auctions, contributors will have to bond their KSM tokens in a smart contract for a minimum of six weeks. Contributors will only be rewarded if the crowd loan helps win the parachain slot auction.

Before the auctions begin, projects striving to win slot auctions on Kusama, will ask contributors to lock KSM tokens within crowdloan contracts. Likewise, users can also participate in parachain auctions through centralized exchanges such as Kraken.

Voting For All: How Polkadot Can Improve On-Chain Governance

The Polkadot Network is an ambitious blockchain project that is working to deliver blockchain interoperability. Broadly speaking, Polkadot will allow different blockchains to connect and communicate, which could resolve difficulties…

What Is Polkadot? Introduction to DOT

Polkadot is a blockchain protocol designed to support multiple chains within a single network. It aims to overcome a problem in the current blockchain landscape: hundreds of blockchains exist in…